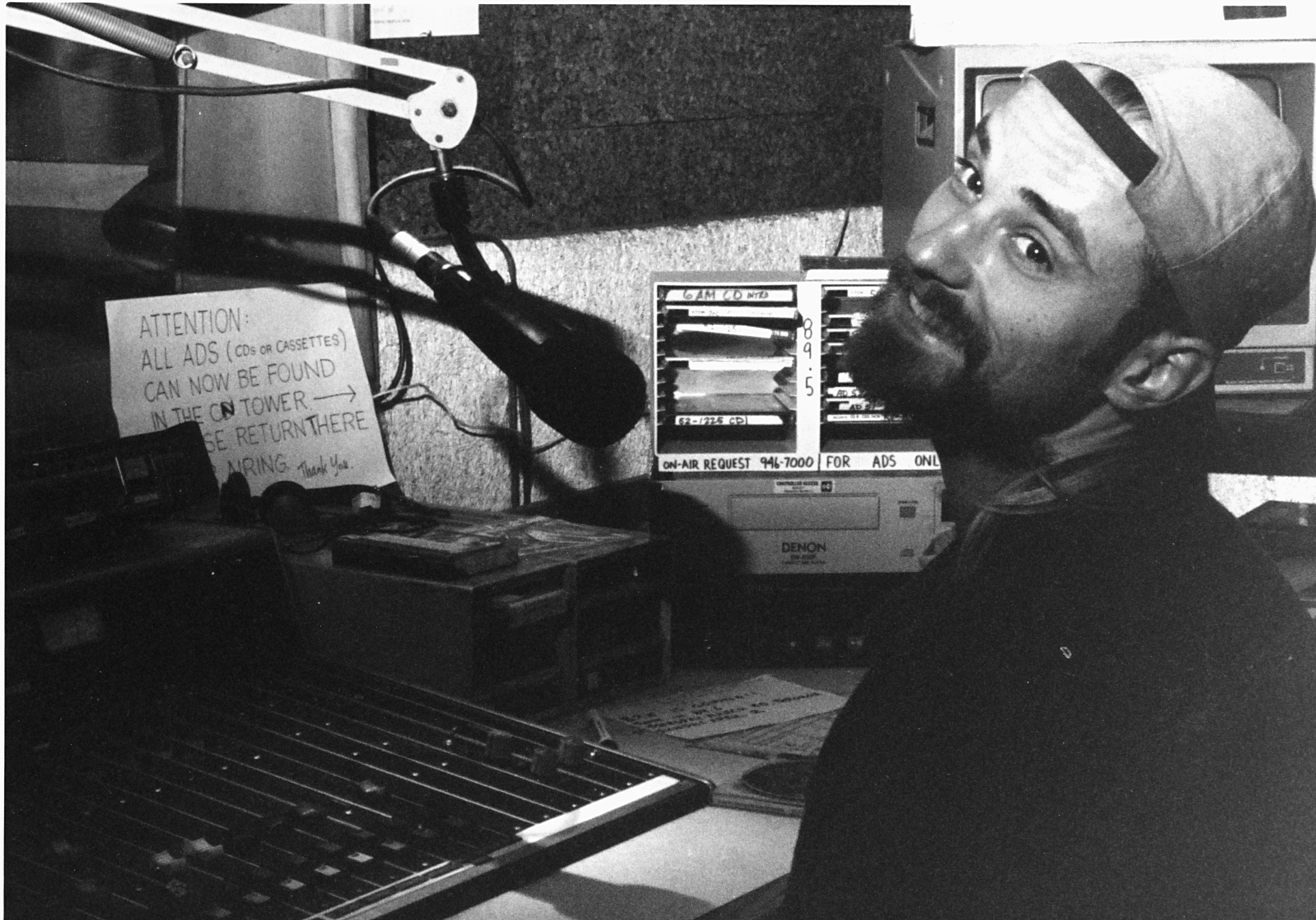 Tom Berner Award (Images Festival, Toronto, April 2009)
This award, sponsored by LIFT (The Liaison of Independent Filmmakers of Toronto), commemorates the late Tom Berner, who for many years supported and nurtured Canadian filmmakers while working at Film House/Deluxe/The Lab. The award is presented annually to an individual who has provided extraordinary support to the cause of independent filmmaking in Toronto. In 2009 the Tom Berner Award is presented to Mike Hoolboom. Mike
It’s an honour to get this Tom Berner award. I don’t know if any of you ever had to negotiate the slings and arrows of a large, transnational corporate lab that pays the rent by filling their basement with hundreds of prints of a single Hollywood release, so when you come in with your small, nearly invisible movie and every penny you ever made, they act like you’re not there. Excuse me, could I? No, you can’t. Not until Tom arrives, that is. Tom Berner was the front door, the welcome mat, the cloak of visibility. He gave you a face and a name that was your own. A hundred years ago, when I started watching difficult movies, I was also stepping into a machine of sorts, a machine of “community.” It was a machine that had many different parts and functions, and mostly those parts had zero interaction then. In fact, whenever the parts would get too close, friction seemed the result. That’s what I remember most from those days, the forgotten good intentions, the noble causes unremembered, the friction most of all. There was no Tom Berner for the fringe. No friendly face saying hey, I haven’t seen you around here before. I’ve been lucky enough to be able to travel occasionally, following the small light into cities and towns and cinemas around the world that allow me to see what’s right here at home. How many screenings have I attended, where the entire “art community” needs to arrive, or else there’s simply no one there. In other words, every time someone puts on an event, a concert, an opening, a benefit, every artist in the city (all fourteen of them) have to trudge on out there, year after year, gig after gig, or else the room, the hall, the gallery will be empty. I can’t tell you how happy it makes me that wonderful things can happen in this city, and whether I go or not, they’ll still keep happening. What a gift this is. Toronto’s great theatre director Hillar Liitoja told me that one of his most perfect pleasures was not to listen to some of his favourite music, sometimes for many many years. What luxury, and one that used to be practiced often, before recording technologies squeezed entire symphonies into the dashboard of a car, or a wedge of plastic-coated circuits from Wenzhou. The underground city, the city below this city, that is interested, dedicated, and absorbed by fringe movies, let’s call it, like in Blade Runner, the off-world. It is filled with mostly invisible hands that are tirelessly busy organizing evenings like this, festivals like this. They don’t look like they take a year to put together, with several people working nights and weekends to make sure it runs smooth and seamlessly. It’s not supposed to look like work, and it doesn’t, and I’d like to thank them for that too. When I worked at Images I proposed this tagline for the festival:
Difficult movies for difficult people. For six years I worked inside the new machine of video, and because one of the rules I made for myself was that I should know as little about it as possible, I had to attach myself to someone who would know everything. That’s how I met Mark, Mark Karbusicky. For six years we worked together over in the house they made out of the yellow brick road called Charles Street Video. We made biographies mostly, as it turned out, not that there was a plan. I don’t think Mark and I were the kind of people that believed in plans. We worked together for six years, and finished Tom and Imitations of Life and Public Lighting and then Fascination, a not really bio about Colin Campbell. When we had come to the end of Colin, Mark came over to my apartment and installed Final Cut Pro and showed me how to use it, even knowing that if I was going to do this myself, we probably wouldn’t be working together so much anymore. It was a typically generous and quiet way of saying thank you and good-bye. He came over to my apartment in February, and two months later he hung himself with a dog leash. When I think of the word, when I think of the machine of “community” I think about Mark. I think of someone who was so very close, and so very far away, at the same time. There he is right there, standing right next to you. At the screening, at the art opening, at the after festival party sharing a drink or three. Mark had a knack for finding the sidelines in every room, hiding behind his smile where he knew we’d never look for him. Could I have, should I have, and then I didn’t? Would he have done it anyway, even if I did? In the nearly two years since Mark’s death, it’s made me wonder about others who are near and far, who are waiting maybe for their turn, when is it going to be their turn? Waiting for someone like Tom Berner, the door opener, the one who made you visible inside the machine, the one who gave you a face and a name. I’m wondering about the others who are waiting for Tom to open that door. But now I know, I must be looking at him, I must be seeing him, Tom Berner, right now, isn’t this a whole roomful, theatre centre full, of Tom Berners? That’s the special magic potion that comes along with the award. I guess they didn’t want to mention that right away. After you get the award, you can turn people into Tom Berner, just by looking at them. How did that John Marriot line go? Art that says hello. And then the difficult words, the ones that come after hello. I hope I never have to come to a movie theatre, like I did two years ago, and have a friend pull me aside and say, “I have something I have to tell you. I don’t know whether you’ve heard.” I hope I never have to hear a story like that again. But of course, it can’t happen here, it can’t happen now, not with a roomful of Toms all busy opening the door. You’ll open the door when the time comes, won’t you? And let them in? And throw your cloak of visibility over them, offer the small kindness that turns the machine of community. I’d like to thank you for all that, and thanks to all of you who have already opened doors most of us haven’t been able to see at all. Thank you Tom and Tom and Tom. Thank you very much.