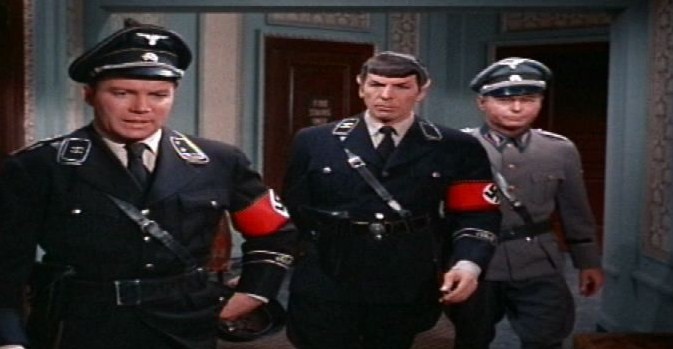 Draft 9 by Dani Leventhal 28 minutes 2003
There’s too much here, that’s for sure: too many looks, too many feelings. Can there be too much beauty in the world? Or only sadness, though that becomes beautiful too, once you turn it upside down. When vice is versa. Inside the bag there is a bird, and it’s dead, isn’t it? I can’t tell. The line between living and dead is a frontier crossed and re-crossed here. Because the fish which I’m certain is dead turns out to be ready for feeding after all. Why don’t I lie down with the black bear? The living are dead while the dead are animated, breathing, swimming, giving birth. In Leventhal’s eyes (in her hands, beneath her camera) the dead are busy, restless, turning. And after lying down with the bear it’s time to vacuum it. (Why? There is no time for why here, only time to pose questions. The answers, the answering shots, come later, in the midst of further mysteries.) My death (in life) is a mystery to me: the fact that I’m dying all the time. And the largest mystery of them all is: how has this young woman, this Dani Leventhal, managed to get so much of it into her camera? There is so much living in her frame. This movie was collected for four years before being sprayed scattershot over 28 minutes of domestic mayhem. I could watch that (Crow? Hawk?) open its eyes forever but there is a blink and then another and then the face of Dani’s mother looks out, silent, really looking then, not occupied with a viral language but forced to meet the look across the cut of Dani’s lover who is posed frozen while Dani gropes at her feet, her shoulders: love me. The Canadian geese (the ones who can live in the cold) are fleeing. A man eats a sandwich while a girl (his daughter? Why is she sitting so close?) laughs at his appetite, a dog is meal for flies, dead on the roadside, and then the artist appears again, supine in a doctor’s office, waiting for the professionals to begin. Naturally they never appear, this work is much too important to be left for professionals. This is a first person journey, a video zine, diary notes from one of the most skilled lens masters of the new generation. The camera is her company in this duet of death, the instrument that permits her to see the impossible, the unbearable, the invisible. Seeing is also showing. This movie is difficult the way some people are difficult. They don’t offer up on a soundbyte, they don’t present like a TV news anchor. Is the dig worth it? No doubt. The babies are in the dead womb, the camera will bring them to life, and after the camera: you will. Won’t you? Making Pictures by John Price (13 minutes, 35mm b/w 2005)
“I shot some super-8 in China that I blew up to 35 and hand-processed which looks almost like things are happening in a blizzard… gigantic grain that documents Edward Burtynsky shooting with his grainless 4×5 camera… and Peter Mettler shooting super-16mm off a tripod. Despite the fact that there is no sound, I sense that the film will end up as a critique of the documenting process. My camera managed to see both things going on at the same time: people working with cameras and people working with concrete and steel. It makes the observers seem completely out of place in the landscape (which they are). I created shots on the optical printer, fading in from white into a still frame of Ed or a peasant or a landscape and then it comes to life for a bit and then usually ends on a freeze frame of a child or a couple of children or a group of children… and then it fades to white… It was an amazing process that way, no video transfer, just the super-8 that I processed as a negative in the projector and a bit of guesswork. Not a lot of editing required, more like sequencing.” (John Price) “Could it be his best movie? Not that there has to be a best, the top ten, here in the fringe we have done away with tops and bottoms, except when it gives us pleasure (when we want to try that on too). In order to pay for the habits of his living (a roof for instance, his old car fetish) he works as a camera assistant on mostly sub-optimal movies, large budget spectaculars requiring dozens to produce the place where an image could be, if there was one. But occasionally there are gigs of another kind, like Jennifer Baichwell’s upcoming documentary on Canadian photographer Edward Burtynsky. Shot largely in China, at the site of ruinous dam projects which have tragically displaced hundreds of thousands across the country, Baichwell follows Burtynsky as he maps out his coolly framed, large format panoramas. The people in them small and crushed and part of some larger (globalized) project of power (electricity for the new century). Behind the photographer Peter Mettler works his own camera charms for Jennifer’s documentary. And between these poles of representation, between image and tragedy, daily life and work, is the super-8 camera of John Price, flinging his body into other bodies, meeting their look, walking their streets, searching for a place to begin the work of greeting. These are pictures made between other pictures, between frames, in the off time, the margins, when the real work has been done. He rushes into these off-camera spaces with deliberation and an empty mindfulness, guided by voices, by the work of looking which has not yet ended. Back home, he looks at these raw camera rolls through another camera, finding a structure for these live moments through a camera’s camera, an optical printer, where he makes a blow-up (“live”), freezing frames and sending them into white oblivions before allowing the next encounter to appear in all its daily opacity and wonder. His looking is an invitation and a refusal. Can you follow? Yes, absolutely. Can you see what I see? No, it is too singular, too wrapped up in the life of John’s body, and the strangeness of the bodies which he meets, which he meets without meeting. But nonetheless, between these blank punctuations there are moments, glimpses, which open the heart. More than we dared hope for.” Life is Pornography by Jubal Brown 20 minutes 2005
When video lynchpin Colin Campbell viewed a wallop of new Canadian vids, including a swarm by Jubal he remarked, “I guess they don’t believe in dialogue anymore.” But the maestro of d-d-d-digital stutter edits (Speed baby? You want more speed?) is back with an essay narrating the state of the art, and what’s more he talks. Taking aim at the digital effluvia of artist’s video, Brown savages his peers, his mentors, his loved ones, all in search of a feeling he can call his own, and then retires that hope too. He is pro-genocide, anti-everything else, let them die, let them all die. In this great wounded piece of video poetry, he scrapes the refuse bins of forgotten pictures in order to serve up cocksucking, beef barfing, eye immolated, fat possessed, getting your phreak on North Amerikans. It would be all server simulation except for the moral howl at the emptied centre of it all, coming at you hard, so very hard. Is the nude really the beginning of pornography? And why is porn the only kind of documentary worth watching? He’s not ready to dish the answers yet, but the questions come dressed down in candy coated polyrhythms. Post human video? You saw it here first. Jubal Brown (excerpts from an online interview): “Desire has been tamed and colonized in every way possible, desire is constantly transferred onto commodity products. Porn is just the most obvious example. Our culture seduces us constantly teasing, tempting, eliciting more and more desire so that we will be better consumers, but never allowing us fulfillment of any kind. I have given up on art altogether, Duchamp and Beuys gave us freedom from art, everything’s art or nothing is art it doesn’t matter anymore, the world is just a bunch of shit and no one really cares whether it’s art or not, just whether or not it’s interesting or useful. Once in a while entertainment is very interesting. “The best art” is one that gives form to the urgency of a contemporary ethos, gives form to the collective dreams and nightmares of the contemporary mind, sometimes Paris Hilton does that better than Tom Sherman. Ultimately I am more interested in breaking things than making things At this point in human evolution we have made enough shit, it’s time to start breaking shit. “Pornographic propaganda” is that a bad thing?”