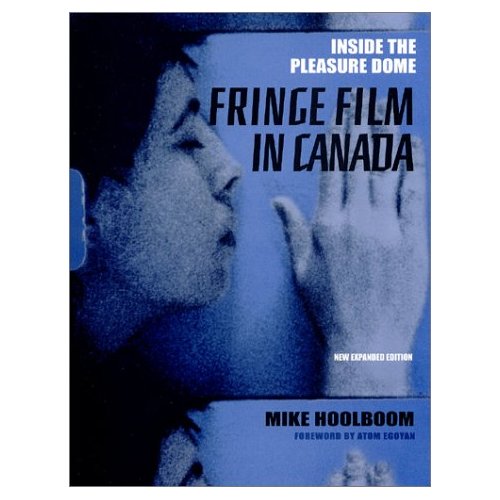 My first book was called Inside the Pleasure Dome: Fringe Film in Canada. It contained interviews with sixteen Canadian fringe filmmakers, and was released in 1997. I was beside myself with excitement, everyone I knew was busy making movies, but this was a book! A series of launches were set up across the country and we sold out its very modest print run well before Christmas. There was no money for more copies until Stan Bevington, founder of Toronto’s Coach House Books, offered to make another printing. I asked if I might add interviews, and because he has a heart seven times larger than mere humans, he agreed. I raced to complete ten more talks, and in 2001 a second edition was released. That sold out quickly too, but the book was so large and expensive to print, Coach House probably lost money on every copy sold. Little wonder there is already a place for them in fringe heaven. 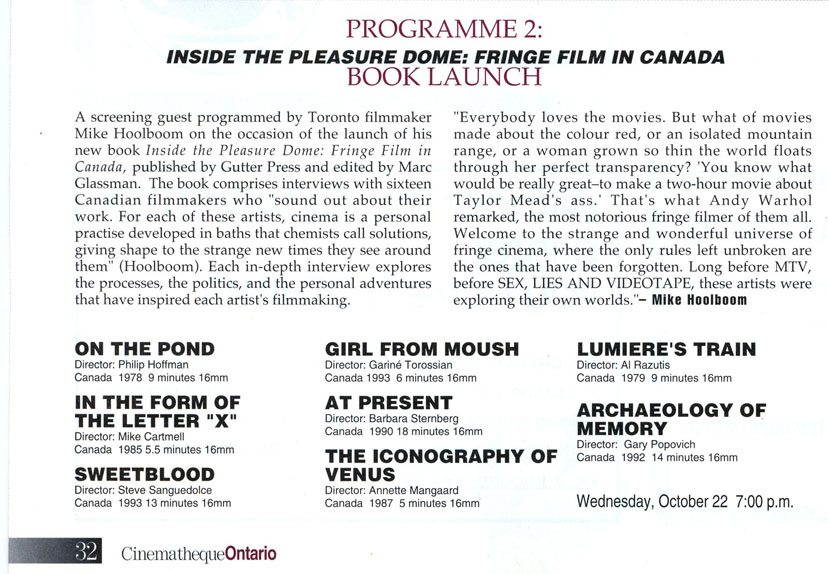