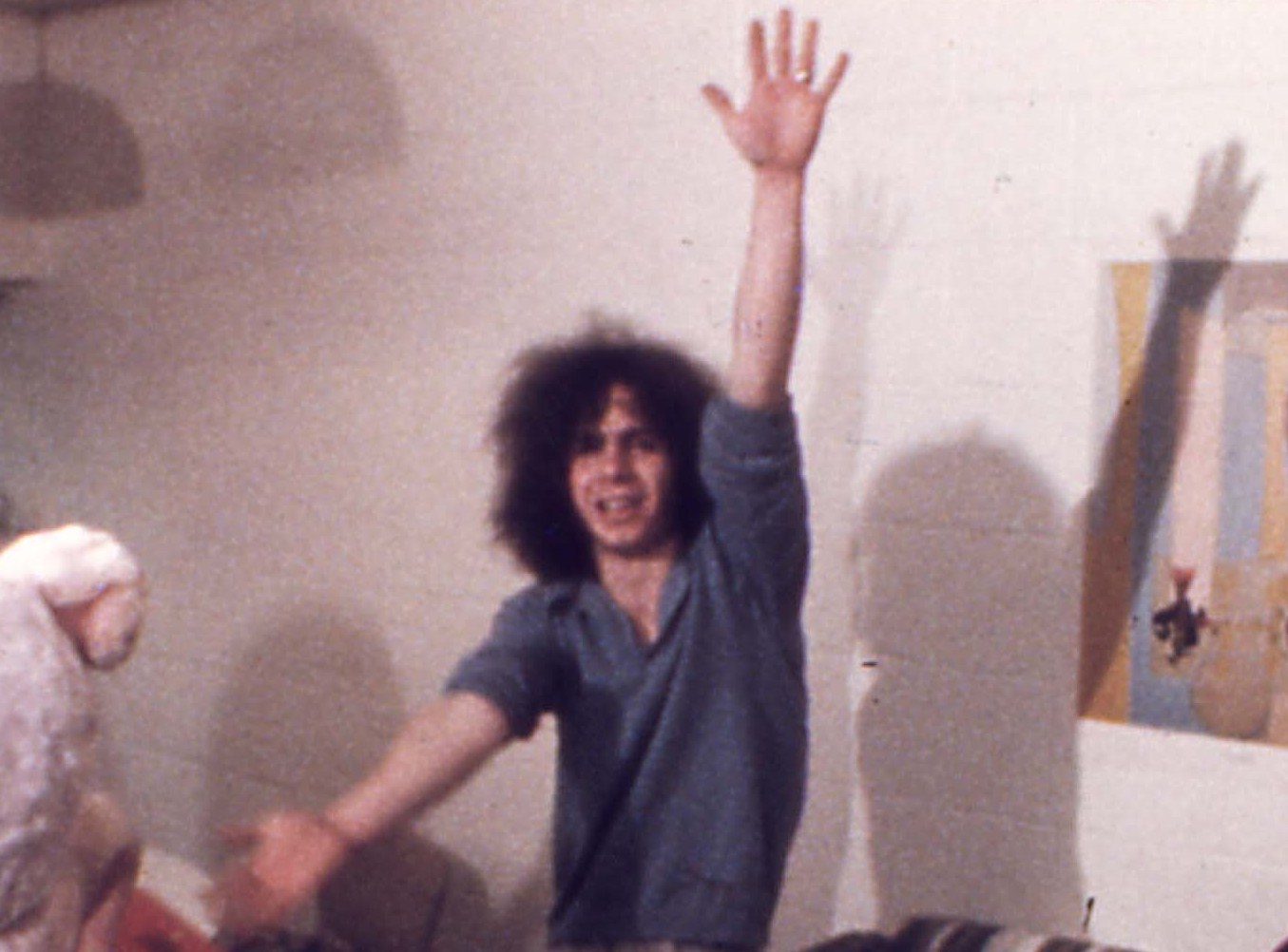 The Funnel (1977-1989), once the flagship of Canada’s fringe movie set, at once production co-op, distribution outlet and movie theatre, moved out of its King Street digs into a new space on Soho Street, steps away from the always happening Queen Street scene. Could happiness be far off? But the rent was hopeless, the landlord was unhappy that strangers (theatre patrons) were coming into the building “after hours” (ie. when people usually went to see movies), and it turned out that after another heroic, home-made reno job there wasn’t a cent left to do any programming. Or pay the staff. I was working at the Canadian Filmmakers Distribution Centre at the time, and offered up a season’s worth of free fare from our shelves, all difficult Canadian movies, all the time. We paid artist fees out of our budget, and the Funnel got to show some beautiful things, albeit to small audiences. I can’t remember if this was their last season, but it was pretty close to it, finances were simply unsustainable, and the whole dream imploded. 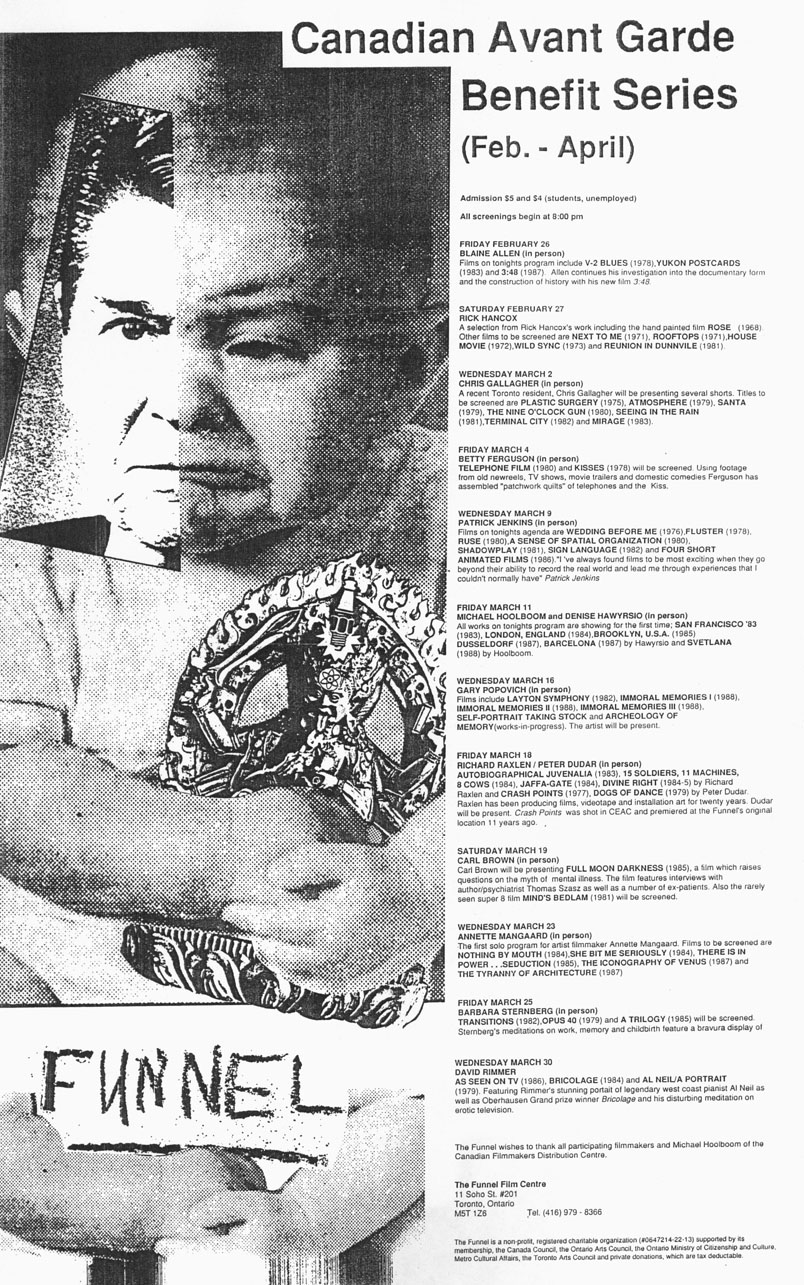