Breathing as Listening
Can you listen to The Lotus Sutra through your breath? Using the medium of your breath, letting it float into you on currents of cool air, instead of using the analytical part of yourself, the inner autopsy inspector? What if, instead of studying the practice, the sutra, the text, we could listen with our whole body? Here is another question: how can we receive this faraway text that arrives from another tradition, particularly for those of us with a radar for cultural appropriation? Every time the mind is on the verge of waking up to the experience of interconnectedness it shuts down with a formula, it swaps out that experience of emptiness with some new certitude.

Empty
You might think: I already feel so depressed, I don’t want to feel other people’s feelings, to embrace the embodied feeling of interdependence. But in the practice, once you’re settled, once the citta vrrtis have calmed, and the turnings of consciousness are quiet, there’s a spaciousness in which you can admit the experience of others. The mind opens and cognition expands and become empty, perhaps because the base of experience is empty. In other words, the roots of the practice are found in empathy. How to allow experience to occur free of the linguistic self, the one that is forever naming experience, and via naming, stepping back from it?

Getting Ready
Milton Friedman: Only a crisis – real or perceived – produces real change. When that crisis occurs, the actions that are taken depend on the ideas that are lying around. That, I believe, is our basic function: to develop alternatives to existing policies, to keep them alive and available until the politically impossible becomes politically inevitable.

Part of our job as a community, as caring citizens, is to keep this practice lying around so that when crisis happens on a social level, or a  personal level, when your phantom city is revealed to be a phantom city, you have some tools you can use. Your practice can’t be done by someone  else. Another tried and truism. The depth of the practice can be gauged in the moments when your life starts falling apart, when the bottom drops out, it’s in these times of your life that you can really rely on  your practice. The practice is always possible. It needs to be cultivated so that it’s there when we need it. When our society needs it.

Impermanent Buddhism
What is it like to apply Buddhism to Buddhism itself? It means that Buddhism, like everything else, is impermanent. Always changing and without a fixed centre. Here’s one Buddhist reductionist fairy tale: oh yes, things were pretty good when the Buddha was alive, the dharma spread, people turned on, tuned in, dropped in. But the dharma drifted after that. Some felt that after a certain point the dharma was delivered through delusion. Dogen, amongst many others, felt that his time was the age of mappo, signaling the final decline of the dharma. Perhaps this is what led him to travel to China as a young monk in 1223, where he met his teacher, and then returned four years later to Japan to found the Soto Zen lineage. In the same way that a serious Western Buddhist might want to go to India, Dogen went to China, feeling there was no one in Japan who was really serious about practicing the dharma. 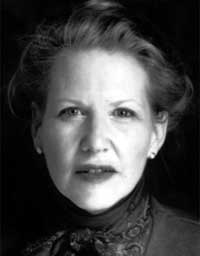 6 Million Reasons
Annie Dillard took her friend to a talk by a scientist studying the magnetic poles. In her presentation, the scientist remarked that the poles of the earth would eventually shift their magnetic polarity, and as a result, life will end. Annie’s friend passed out at the mention. When she came to, Annie asked her, “What happened?” Her friend replied, “Did you hear what the scientist said? Life on earth is going to end.” “Yes,” Annie replied, “but only in six billion years.” “Oh,” her friend replied, “I thought the scientist said six million years.”

Time itself is also a phantom city.

Phantom City
In the Lotus Sutra the Buddha offers a parable about the phantom city. There’s an awful road filled with difficulties and dangers, and it’s 500 yojanas long. A yojana is the distance an army can walk in one day. People want to take this road, and find someone who knows the road well to guide them. But after some days of difficult travel, he can see that they are flagging, they are getting tired and many want to turn back. Have you ever felt this while portaging a canoe in Algonquin Park as the deer flies are biting? I’ll never forget the sound of deerflies inside an aluminum canoe, it’s something that will stay with me for the rest of my life.

Seeing that the people are growing tired, the guide urges them on by saying that just up ahead there is a beautiful city, with luxurious beds and places to eat. This is a phantom city, conjured  out of the wishes of the travelers, and the upaya, or skillful means, of  the guide. The phantom is an act of collective imagination.

Nirvana
The Buddha taught that nirvana was the aim of the practice, or at least, a central piece, the hoped for extinguishing of craving. But in the Lotus Sutra, nirvana is named as a phantom city. It’s not the goal of the practice after all. It was necessary at the time, to produce the great efforts the arhats made to sit on their cushions and become enlightened. But it turns out that there are greater treasures still waiting. The treasures of interdependence, and the awakening of all sentient beings. The pleasures of service.

Nirvana was a kind of formula to get  you on the path. The goal of nirvana, like most goals, is a phantom  city. What is the road the people take in the parable? The road is your  life. And it is heading towards the Lotus Sutra, in other words, it’s  heading towards this moment. Reality is sitting in front of us all the  time.

There comes a time in your life when you realize that the  house you live in, the relationship you cherish, the man you named as  father, your career, your bank account, the thing you held most dear and  cherished – is a phantom city. Often this realization comes because  someone pulls the plug. And then you blame them for ruining the  illusion, you turn them into an arch enemy. How could they? Face
Levinas: The Other is the sole being I can wish to kill. I can wish. And yet this power is quite the contrary of power. The triumph of this power is its defeat as power. At the very moment when my power to kill realizes itself, the other has escaped me. I have not looked him in his face.

The  face, for Levinas, is the root of ethics, of the yamas, of how we get  along. To be in relation to the other’s face is to be unable to kill. It  is also the situation of discourse/communication. And this discourse is  not just between the two of us, but includes a public. Seeing a face  puts us into the public sphere, into an endless weave of relationships.

When  someone pulls the plug on our phantom city, they become the scapegoat  of our shadow. At the beginning of the next chapter of the Lotus Sutra,  Puna has an awakening and it’s so good, so perfect, that the Lotus Sutra notes there are no women in his new world. Here we can read how the male writers of the sutra have projected the fears of their own bodies onto women.

I like to see or represent the many faces of the  people around me so that I can maintain my view. I colour faces so I can  hold onto my version of the world. How does the uncommon become common  sense? How does the hatred that is misogyny become part of a religious text like the Lotus Sutra?

Killers
One of the things that connects Milton Friedman and Emmanuel Levinas is that there’s certain parts of our culture that remain under-represented. We kill them by not seeing their faces. We don’t see the faces we don’t want to see. This is one of the central lessons of the Lotus Sutra. The faces you under-represent create in you the capacity to kill. We all have people in our lives that we can’t face. In our practice we can learn to turn towards them and acknowledge that fact. We may not be sitting down to have that long discussion, in fact, they might be dead, or moved far away, but we can put a face to the way, the quality they manifest, inside our own body. How can we grant a face even to our inabilities, the inability to see someone’s face, as it’s trying to make itself seen? The tendency is to keep shutting out the pain, but if you can give that pain a face it allows you to relate to it. Because finally it’s not the other you’re killing, it’s yourself. This ethical, face-to-face practice is about recognizing the way we compartmentalize, the way we split and divide our experience, our history, our likes and dislikes, our shadows and our lights. It gives us the power to dominate, to harm and to kill.

“All the wounded creatures howling outside the bright windows of the fortunate…” (Francine Prose, Harper’s, May 2011)

Drive
When my friend Pat is driving in her car, forever readying herself for an accident that never quite occurs, she tries to find the faces of the drivers around her. She offers them her face. Behind the wheel, many are consumed with “road rage,” our car selves are forever butting in and cutting off, but if she is able to see the faces of other drivers, and to have them see her face, then this aggressive behaviour eases. Oh, there’s another person behind the wheel, someone like me. The face is the doorway to interdependence. We’re both driving cars, I’m not alone in my car self, fighting the traffic. We’re all in the flow together.

The Lotus Sutra says that practice is not about postures and poses, but how reality is the deepest agent of change. The impermanence of reality is  what heals you. How much reality can you take? How much can you really  see, instead of versioning everything to suit your point of view. Can  you see the faces around you as they present themselves, instead of  adding your filters and colours and shadings? Everything is a phantom city except relationship.