Ends
When I was at Occupy Vancouver a woman named Ashley (the signs read: We are all Ashley) died of a heroin overdose. Within four hours the mayor was giving a press conference saying this is symbolic of what’s wrong with the downtown east side. But her death is not a metaphor, she had a real life, and a real death. Perhaps we could honour both.

In most Buddhist temples or centres there’s an area separate from the altar where there is a statue of the Buddha or a bodhisattva. On one side of the statue are the names of people who are dying or ill, and on the other side are the names of people who have died in the last year. In the last few months so many people we’ve known have died… perhaps we could put together some memorial form in this space. Sometimes I think that in sangha we’ll wind up marrying each other and burying each other.

2 Questions
1. What are you learning in your meditation practice?
2. What is your edge? (this might be the edge you’re pulling back from, the edge of difficulty)

Sometimes you can see an object – a chair, a spoon – and it can be a great teacher, it can be a reminder that things can change.

Ego Tourism
The orientation of concentration practice is towards compassion. It’s difficult to realize compassion without stability, and it needs to be embodied. We’re meditating and concentrating in order to cultivate feelings of compassion and interdependence. The ego is like a tourist constantly taking pictures – sometimes it’s like a whole busload of tourists. But there may be moments during concentration practice when the I-maker grows quieter, and the fullness of this moment arrives, the mountains that are actually here right now. We can stop shrinking the world to fit the bag of me and myself. This is a place of deep compassion.

Patanjali (author of The Yoga Sutra) associates dharana (mindfulness meditation) with abhyasa, and samadhi with vairagya. The first kind of concentration is narrow – one pointed concentration, ekagrata. You choose breathing as a the object of meditation and you stick with it. The foundation is the mindfulness of breathing. Eventually the breath and the mind become quiet together. Both the object of meditation and the meditator become quiet together. When one pointed meditation shows up it provides a feeling of rapture and ease. There’s so much concentration on the breath that one is held in breathing.

Traditionally, concentration is either one pointed or moment to moment. But perhaps we could say that there’s a spectrum – one pointed is on one end, moment to moment on the other.  Moment to moment meditation means maintaining a continuity of awareness in a changing field. You’re cooking vegetable soup and a potato rises to the surface, and then a carrot. Perhaps an emotion comes up, or a sensation comes up – instead of being aware of one object (the breath) you’re aware of whatever is arising. Instead of the object becoming still, the mind becomes still. The mind doesn’t get hooked to experience, you don’t get distracted, events are flowing through the sense doors without gripping.

A good concentration practice if you’re in pain: in order to stay with the pain, allow the breath to infuse the pain. Not to sweep it away with the exhale, but to breathe into it, to say yes with the breath.

3rd chapter line 16: (Chip Hartranft)
Observing these three areas of change – form, time span, and condition – with perfect discipline yields insight into the past and future.

Matthew Remski and Scott Petrie
Understanding what we sense, how we sense, and the passage of time can yield narrative intuition. An Instant of Time
Everything has a time span (it is born, decays, and dies) and is in conditions – both the natural world and consciousness itself. So what about the superpower of “insight into past and future?” The way you acquire superpowers is that when you can meditate on the way everything has form, time span and conditions, you can get deep insight into the past and future. Why is today today and not tomorrow? Why is tomorrow not yesterday? Why is this hour 8:33pm not the same as yesterdays? Patanjali suggests: because you can only experience your life in an instant of time. There is nothing beyond this. If you think of the future or the past you can only experience it in the present. There is only the time being.

When we’re stuck in a mood – could we see moments of mood as “for the time being?”

You can have retrospective concentration. You can concentrate on moments of the past and clarify them. But these retrospects can only happen now. For the time being.

Patanjali never swerves from his original impulse: no more philosophy. If you concentrate on time, form and conditions, you’ll open up to how life is so beautiful and terrible. What gets in the way is clinging to your philosophy. 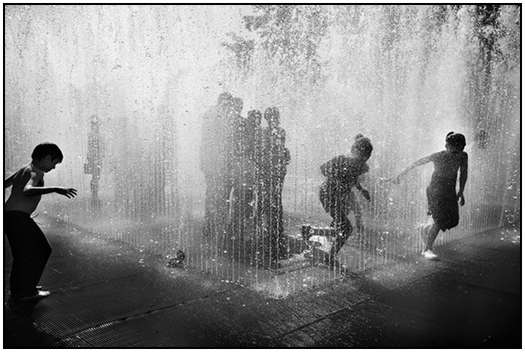 Intuition
Later in this chapter Patanjali talks about another superpower developed via meditation: intuition. In stillness, you can become very intuitive. Then he provides warnings because intuition can make you feel more like a self, he asks that the meditator treat intuition as an arising view. As a view that arises and passes away. To really know that the next moment is unknowable. Perhaps this is why he leaves the topic of life after death alone.

Dreams
Do you still have dreams about the person you had a crush on in grade six? OK, maybe it’s only me, I’m going to start a club of one. We have prophetic dreams sometimes. And meditation is a lot like dreams because you’re closer to the unconscious – you’re not in time. The ego is in time, but the unconscious is not in time. When you meditate you can get closer to the life you can’t understand, the part of your life that isn’t in time. You dovetail your attention with the timeless. It’s a kind of insanity.

Jung studied with Freud for five years, their relationship became increasingly difficult and the break arrived in 1913. Jung let his professional activities take a backseat in order to get deeper into the unconscious, he plunged into psychosis, and in order to keep a thread in the labyrinth he painted pictures that were later published in The Red Book (1914-1930). The pictures are so gory and bloody. He emerged a more creative character. In meditation we’re making our life a red book, we’re touching a part of our life that is timeless. We’re not going into our past in order to make sense of it. Sometimes interpreting dreams is like interpreting your breakfast. What do those eggs symbolize? Scrambled or over easy?

Instead of interpretation, if you get close to the feeling tone of your dreams you can be led in a deep way by them. When we get to the mysterious part of our mind we often react by interpreting it, trying to contain and control it in some way. Can we allow ourselves be led by our mysteries. Can we resist the temptation to sound bite our unknowings?