Notes from a four-part Pranayama workshop held in February 2012 at the Centre of Gravity. Led by Michael Stone and Grant Hutchinson.

Posture
In order to feel the anatomical detail we’re describing – mula bhanda and uddiyana bhanda – we need to be sitting up, not lying down. The pubic bone and tail bone are dropping, the hip joints are higher than the knees. When inhaling or exhaling the armpits are lifting. If you take your fingers into your armpits you can feel the skin at the front of the armpits spreading. During the exhale the lungs come away from the rib cage – this isn’t happening via the muscles, but the skeleton. The tongue is quiet, the base of the tongue is wide. The soft palette lifts and this makes the eyes soft. This is the practice of pratyahara, the fifth limb of yoga, the withdrawal of the senses, where the eyes stop chasing after things.

When you exhale keep the armpits lifting without losing the pattern in the roof of the mouth. The tendency at the end of the exhale is to let the roof of the mouth drop and this creates tension in the tongue. And then the stories start. It’s important at the end of the exhale to keep the tongue released, in other words, to exhale without using the tongue. Imagine your perineum is the other end of your tongue.

If you can’t keep the soft smile on your lips the throat starts to get dry.

Jalandhara Bhanda
There are three classic bandhas; mula, uddiyana, and jalandhara bandha. When practiced together they are called tri-bandha.

The collarbones and the top two ribs stay lifted during the exhale. Jalandhara Bandha helps this happen. Jala is a net (for catching birds or fish), dhara is bearing, supporting, bandha is bond. Full Jalandhara means the chin rests comfortably on the sternum (neck flexion). This doesn’t mean only lowering the chin; your chin should be met half-way by the elevated sternum. The focus of these complementary movements is the “crook” of the throat, where the underside of the chin meets the front of the neck. Draw this crook diagonally up and into your skull (toward the top of your spine). Your head pivots and your chin descends over this action, which simultaneously draws the top of the sternum upward. The biting surfaces of the mouth remain separate.

Prana and Apana
An excellent way to practice this is with a rolled up towel held under the chin. This ensures that the exhaling apanic pattern has some prana in it. It maintains the seed of prana during apana. The Bhagavad Gita says that you take prana and pour it into apana. The exhale sweeps down and makes an impression on the pelvic floor but the organs don’t drop, and the top ribs are lifting.

Ala
The wing or ala of the nose is the lateral surface of the external nose, cartilagenous in makeup, and flares out to form a rounded eminence around the nostril. The curve at the side of the nose is called the ala. It’s where you get your nose pierced, a sensitive part of the skin. If you touch your nose here it closes the channel of the nostril. Try not to press on the area below the ala, this will turn your head, and irritate the sinuses.

Nostrils
The left nostril is the ida and influences the right hemisphere of the brain. The right nostril is the pingala and influences the left hemisphere of the brain. When the two are balanced you have easier access to the central channel. Some traditional texts say don’t meditate until they’re balanced. Every 45 minutes the dominant nostril shifts. When the left nostril is open you have right brain dominance, when the right nostril is open you have left brain dominance. Left nostril: too much beer. Sense of interconnectedness. Right nostril: too much espresso. Calculation, language, analytical. 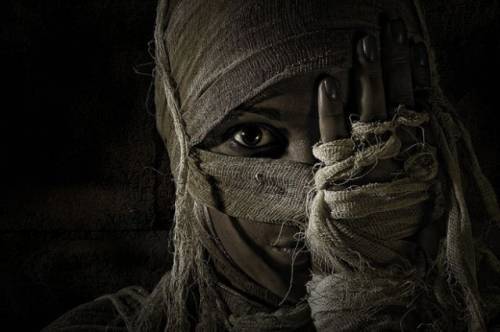