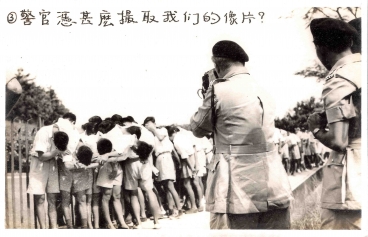 In the new year it will begin again, the Ambulante Festival, which will send documentaries trucking all over Mexico. When I was down a couple of years ago, avant movie programmer Thomas, an easy talking politico with a brain three times normal size, takes me round one of the many cities the festival wanders through. We skip the museums and the monuments to failed progress. Instead, he takes me to a desolate roadside and points out a moment of urban shopkeeping. At the head of the metro steps there are a few squares of tarp lashed together and voila: would you like fries with that? Across the road a grim looking mall squats in the midday heat. Thomas points out a stretch of dirt beside the nearly empty parking lot and says that during the week it is crowded with small mobile carts packed with foods and other necessaries. In order to escape the neighbourhood shopping containers and office modules, workers flock here, spreading out across the lot, filling up on home-made food. The carts are called “ambulantes,” and have provided the inspiration for this mobile and nourishing festival. He’s asked me to weigh in on some of this year’s fare, here goes.

The Exiles by Kent MacKenzie (72 minutes 1961)
All I want to do is to look into her face, but the filmmaker insists no, it’s not enough. There is a story attached to this face and you need to hear it. I can feel his hands on this face, as if he can’t help himself. He sits her at the counter in the good light and tells her what kind of drink to order, how to close a gate she closes every day, how to open her own front door. In other words, he makes fiction out of documentary. Everything here, in the span of a single, endless night, is choreographed and lit. And yet. The camera keeps wandering out into the street where life gets in the way of these well laid plans, and every time it does, the movie jumps back to life. There’s a kick in seeing Bunker Hill, Los Angeles turned into First Nation dreams, every juke joint and convertible teeming with faces more usually found in movies staring down the wrong end of a rifle. And how they dance, even with their fists swimming with beer. The Indian men talk and drink and fight and dance all night until dawn calls them nearly home, though it’s clear that these landless nomads will never be home. Every face and frame glows with light, so little wonder these underclass hopefuls have been restored by the UCLA archives, more than thirty years after the movie’s release in 1961. Hide and Seek by Su Friedrich (63 minutes 1996)
Lesbian avenger Su Friedrich returns with this coming out confessional about girls who love girls. Years earlier, her grainy, underlit Bolex musings had swept across the avant frontier, dishing a dream journal scratched into emulsion, and a pair of high caliber home movies (one for mom, another for dad) whose conceptual rigour and deeply lived politics signaled the coming of age of a new generation of film artists. But it’s hard to stay up on the wire long, especially making movies, where softness in any one of a thousand areas can sink an entire project. And while America has big government cash to prop up car makers and big banks and mercenaries, there’s nothing for artists, which is bad for poets and painters, and a catastrophe for film artists. So Friedrich’s come back with a shorter stick, and a producer and a camera person and a public spirited project designed to get the message out. Invisible City by Tan Pin Pin (60 minutes 2007)
A confession. As I write these notes I have a throbbing ear infection and fever which has kept me housebound the past three weeks. I have found daily solace in the banal soap opera melodramatics of Grey’s Anatomy, the popular American television show which choreographs emotions like the Chinese volleyball team executing a double hit or a John Woo shoot out. Every predictable line they mutter hurts me. And even though the music is sentimental and the hysterical, never-ending crescendos are increasingly far fetched, I am touched in a way that seems beyond the reach of the so-called avant-garde. Until Invisible City hits the screen. Made by Singapore native Tan Pin Pin, she sets out to find those for whom memory is a duty and necessity. Singapore’s hyper-modern, city state has smothered the fishermen and mangroves of the 1950s in bright new walls of glass and concrete. The skyline is a horizon of now. What Tan Pin Pin refuses, from the outset, is to turn her city into a single story which can make sense of the present, and allow viewers the comfort of the third person (our history, our city). Instead, she searches out others who, like herself, have been busy creating pictures of a place which is busy vanishing every day. Like Ivan Polunin, whose home movie documents of “traditional Chinese life,” are compiled in a small, private archive. His recent brain surgery renders his commentary halting, his memories imprecise, even as he struggles to maintain his precious pictures and find a home for them. Pin visits Guo Ren Huey who fought against the Japanese occupation during the second world war. She arrives in the company of Izumi Ogura, a Japanese journalist and translator. After their visit, Ogura’s published story makes no mention of the torture Huey witnessed (perpetrated, of course, by the Japanese). Instead, her article focuses on a song Guo and his wife share, a tune which camouflages the story that cannot or will not be told. Pin visits former student activist Han Tan Juan who handles a stack of old photographs which offer clear proof of police brutality. She finds Han Sanyuan, who narrates government attacks against Chinese schools in the 1950s as he revisits them with the filmmaker. These fragments are interwoven in a masterful video essay which is careful to let the spaces in these stories collect and accumulate. The director is everywhere quietly present, content to wait behind her strong frames, allowing us to receive the slips of recollection and the approach — this is the most important thing, to find a way to approach the past. She offers us multiple portals from which to see Singapore, and as we press our face close to these small, beautifully lit apertures, we notice right away that they are not going to tell us the “whole story.” What a powerful witnessing this is, and how very rare to find an artist who can refuse the easy lies that too often passes for news. Even if she had been a criminal… by Jean-Gabriel Periot (10 minutes 2006)
It opens with a breakneck recapitulation of World War Two, then slows to show moments of pubic celebration in newly liberated Paris in the summer of 1944. Archival moments show women having their heads shaved as public throngs gather to watch. The women are being marked and shamed because of their involvement with German soldiers. Again and again we see variations on the same view, there are crowds of men, and holding the centre of their attention is a lone woman being tormented and shaved. In order to make sure that we don’t miss the point, the French National anthem blares from the soundtrack in full throttle. There is never any doubt what we are meant to feel about what we are seeing, everything here has been stage managed with the same kind of care that the fascists used to deliver their messages of solidarity. So perhaps it is little surprise that this “feminist” movie has won awards at too many festivals to mention. Do these ugly pictures deserve such an ugly treatment? In order to ensure the film’s “universal” appeal there are no words, some award juries have even cited it as a welcome example of “pure cinema.” But if there had been words, perhaps they could have made clear that nearly two million French prisoners, young and male, were taken early in the war. Most were from the still largely rural French population, and their absence ensured that farm households lacked the labour required to run them. In desperate economic circumstances, many women turned to prostitution. Billeting soldiers could provide access to schools or seeds. And as the war turned against Germany, reprisals, shootings, hostage takings and labour camp assignments became increasingly common, though relationships with soldiers could spare individual families. What to make of the fact that in the same year an estimated 20,000 women had their heads shaved, while women across France were granted voting rights for the first time? In place of analysis, we are left with Mr. Periot’s smug anti-patriotism. It makes me long for the work of Singapore filmmaker Tan Pin Pin, who insists that the space between pictures grants their viewer a place where the real work of democracy can begin. After the slogan shouters have gone home, after the bands have packed their instruments and the pulpits have been folded away, citizens can muster to form their own opinions, and begin to search through their own archives of necessary horrors in order to illuminate the past. The space Pin grants to her viewers is the aim of every cinema and every reportage that dares to hope for freedom. She admits the contingent, and the unspoken, and points to the silence which falls between notes as the very basis of music. It is the rhythm of dissent, the political rhythm of recall. There is a new music flowing here and a new wind. Come, won’t you dance with us? 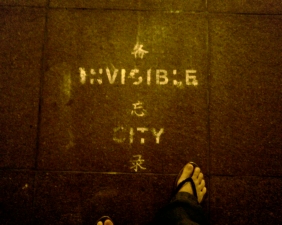