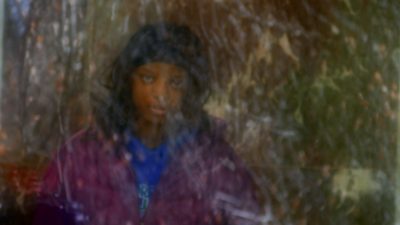 Scene 6: James Baldwin 1
Jeffrey Wray reads James Baldwin’s Notes of a Native Son: The moment I saw him I knew why I had put off this visit so long. I had told my mother that I did not want to see him because I hated him. But this was not true. It was only that I had hated him and I wanted to hold on to this hatred. I did not want to look on him as a ruin: it was not a ruin I had hated. I imagine that one of the reasons people cling to their hates so stubbornly is because they sense, once hate is gone, that they will be forced to deal with pain.

We travelled out to him, his older sister and myself, to what seemed to be the very end of a very Long Island. It was hot and dusty and we wrangled, my aunt and I, all the way out, over the fact that I had recently begun to smoke and, as she said, to give myself airs. But I knew that she wrangled with me because she could not bear to face the fact of her brother’s dying.

Neither could I endure the reality of her despair, her unstated bafflement as to what had happened to her brother’s life, and her own.

Scene 7 Ordinary
Boy lies on bed
Body on steps of building
Sariah in glass
Sariah voice-over: I see someone casually walking in an uneventful place on an uneventful day. They’re talking, they’re talking on the phone. They’re not paying much attention and then there are loud popping noises. They’re abrupt and sudden. The person falls to the ground, they drop what was in their hand and it scatters across the floor, it was black so I looked odd against the white tile.
Tilt down to floor

Scene 10 James Baldwin 2
Jeffrey Wray reads James Baldwin’s Notes of a Native Son: So we wrangled and I smoked and from time to time she fell into a heavy reverie. Covertly, I watched her face, which was the face of an old woman; it had fallen in, the eyes were sunken and lightless; soon she would be dying, too.

In my childhood – it had not been so long ago – I had thought her beautiful. She had been quick-witted and quick-moving and very generous with all the children and each of her visits had been an event. At one time one of my brothers and myself had thought of running away to live with her. Now she could no longer produce out of her handbag some unexpected and yet familiar delight. She made me feel pity and revulsion and fear. It was awful to realize that she no longer caused me to feel affection. The closer we came to the hospital the more querulous she became and at the same time, naturally, grew more dependent on me. Between pity and guilt and fear I began to feel that there was another me trapped in my skull like a jack-in-the-box who might escape my control at any moment and fill the air with screaming.

Scene 13 James Baldwin 3
Jeffrey Wray reads James Baldwin’s Notes of a Native Son: She began to cry the moment we entered the room and she saw him lying there, all shriveled and still, like a little black monkey. The great, gleaming apparatus which fed him and would have compelled him to be still even if he had been able to move brought to mind, not beneficence, but torture; the tubes entering his arm made me think of pictures I had seen when a child, of Gulliver, tied down by the pygmies on that island. My aunt wept and wept, there was a whistling sound in my father’s throat; nothing was said; he could not speak. I wanted to take his hand, to say something. But I do not know what I could have said, even if he could have heard me. He was not really in that room with us, he had at last really embarked on his journey; and though my aunt told me that he said he was going to meet Jesus, I did not hear anything except that whistling in his throat.

Scene 16 Identification
Sariah writes on blackboard: I can identify.

Title: On March 1, 2014 Los Angeles police officers Chana Syed, Francisco Martinez and Daniel Torres assaulted, tasered then shot a man named Charlie “Africa” Keunang to death on the 500 block of South San Pedro Street. No one was charged with his murder.