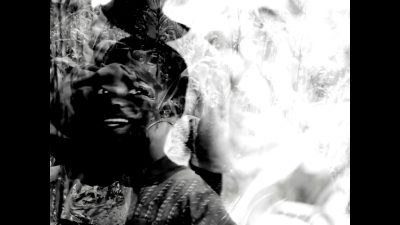 From the Archives of the Red Cross 70 minutes 2017

Begun in a three-week seminar at the Geneva University of Art and Design (HEAD) in October 2016, seventeen of us began an excavation together, immersing ourselves in a selection of Red Cross shorts made over nearly a century in countries round the world. This nearly wordless feature-length ensemble has five parts/chapters: The Man Who Stopped Time (Greece), Disappearances (Switzerland), Photo Shoot Location Yemen (Yemen), Beirut Grammar (Lebanon) and Mine Clearing (Mozambique). Each chapter adopts a different formal strategy in order to open up a new conversation with these picture remains, sometimes scribbling over the pictures, or re-presenting the material as a series of friezes, fading every shot, or slowly accumulating them. The hope is time travel, to venture to the other side of the image