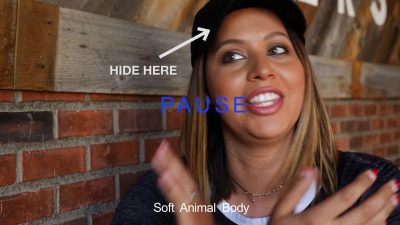 So, before each person sits in front of this microphone and talks the talk there’s always a slight (wait) pause – have you noticed that? – and the fantasy, call it the hope, is that this pause – yeah the fantasy is that the pause before speaking, that the pause and the speaking are equal. That they carry equal weight.

You might have heard of Karl Ove Knaussgard, he’s the guy with an infinite life, or at least, that’s how it appears when he scribbles it down on the page after page. He’s five books deep into his autobiography and each one is a doorstopping giant. I must admit I find the on and on of straight white men a wearying burden – um, haven’t we heard this story before? – but what interest me is the moment before the epic project launches.

So picture this. You wake up one morning – holy shit I’m a white guy, I can do anything I want! You’re 25 years old, you’ve written a pair of modestly received novels but something’s rubbing at you, there’s somewhere you want, you need to get to, but you don’t know where it is. Because of a stipend, a lucky break, the right lottery ticket maybe, you can sit all day at a desk performing the act of writing, only nothing is coming out. Oh yes we’re back to nothing. A week passes. A month. A year goes by. Later on, reflecting on this period, he says “I would have given my arm for one sentence.” Three years pass. And you know there’s that funny thing about time, time doesn’t roll out like a Swiss watch, where every second, every minute, is equal. If anyone here has ever sat in a meditation retreat, I’m sure you’ve spent a morning or two that were as long as several lifetimes, where you watched the universe live and die and live again, listened to all your old records, recounted every conversation you’d ever had, re-edited every encounter since grade school so that you could look a bit shinier, but when the bell rings, it’s not even lunchtime yet.

Three years pass, and Karl can’t lay down one word. And then one day, while speaking to his therapist of a best friend of an editor, he is given an assignment to write something about what happened that day, and the next evening he reads it over the phone, and then every evening after that. He writes during the day, and then he reads this crazily obsessive, moment-after-moment recount into the phone while his friend bears witness. Could we call him, after Winnicott, “the good enough friend?” And so at last the desert wandering, the purgatory, is over. Use whatever metaphor you like. But the writer pours out torrents of words, becomes an international celebrity, rich even, strangers accost him in airports, and the words just can’t leave his fingers fast enough.

Of course this made me think of a university where you would learn how to write by not writing. Oh, could you please put that pencil down. Sorry, not even shopping lists are allowed here. Or an art school where you would learn everything you needed to know about being an artist, you know, by not making art.

Eugene Gendlin was a shrink who wondered why therapy worked for some folks, and not for others. He noticed this strange thing – that for the people who made therapy work, they already had something, an innate ability, from the very first session. He did more research with Carl Rogers, and discovered that these folks could do “experiential focussing.” And that if you couldn’t do it, you wouldn’t get better. So they developed a six-step method to let everyone in on the healing secret, and what they uncovered sounds very close to sitting practice, but particularly close to the dominant way that Buddhism is arriving at present in North America, which is through mindfulness programs in the public health sector.

These six steps might look like déjà vu for anyone who has ever attended a meditation retreat. The first step is the clearing. As the great Canadian poet Anne Carson remarked, “It’s the clearing that takes time.” Getting quiet, being still. And then allowing some felt sense to emerge out of that stillness. And then to make an inquiry, to greet this felt sense with curiosity. Hey what’s going on? Or even the old Parsifal question: what do you need? how can I help you?

Out of this inquiry a symbolization – trying to find an image, or a word, that represents the felt sense, that might allow you to dig a little deeper. And then using the symbol tool or the word tool to feel your way into this field, feel your way towards the primary emotions.

Isn’t that what I’m looking for as an artist? Whether I’m trying to find the shape, find the shape, find the shape of a piece of clay, or find the beginning of the next sentence, or the next sound that will create the movie transition that will allow us to enter the following scene. I’m looking for the next step, and I’m trying to do that by experiential focussing, by clearing, by making an inquiry, by feeling my feelings, which are also your feelings and the feelings in this room, because the felt sense is always relational, and then following the implications of those feelings. And it can all happen (snap fingers) that fast. Or of course it can take the rest of your life.

My shrink and I are working on creating transference. I’m a filmmaker so I like to call it projection, but, if you’ve ever been in a Zendo, or sat in front of a charismatic, smooth-talking dharma queen, you might know something yourself about transference. In order to make the projections between my shrink and I more complete, he’s started telling me his dreams.

He told me one only yesterday and it goes like this. You’re in a Mediterranean country, it’s warm, though it’s still morning, so it’s temperate; warm and cool at the same time. The sky is open, like the faces of the people you meet along the way. You find yourself sitting on a large black horse, and even though you’ve never been here before, and the horse has never been here before, each hoof, each hoof makes the next small step, and you are taken to the very end of the village where the sea stretches wide into the horizon, and you get off the horse and the two of you stand there, feeling the waves break.

Each step of the horse arrives out of the felt sense of this moment. There is an implication, there is something implied, in the feeling of this moment, and that something implied is an action, emotions give actions meaning, emotions give words meaning. And when we tune in, we can each discover, each in our own way, the next step. And as we arrive in this moment in our singularity, in the peculiar and particular expression of this thing I call myself, it’s at this moment that we might be able to come together to create a group, a sangha, a temporary community.

The pop-up communities that are conjured by artist movies, for instance, are not places where everyone repeats the same ideas, the entrance requirement is that each person comes to their own conclusions, or as the Buddha said to his cousin Ananda who was pressing him to name his successor: no Ananda, you have to be your own authority.

Could we say that: the foundational moment, the glue of our community, is our differences? And these differences might be carried by the soft animal bodies that I can feel roaming across the grounds, roaming across this room, allowing some of us to come together today to learn again the oldest lesson of the musician, the oldest lesson of music. That in music the rest, is silence.