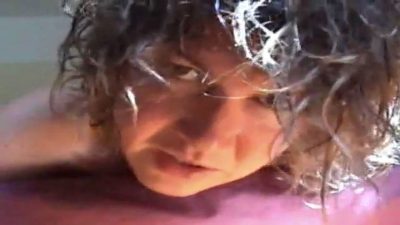 title: How to Watch Pornography

image: backwards man up escalator, backwards train, then stills.
image: naked bicycle rider
Hortense Spiller: The question of touch. To be at hand without mediation or interference/might be considered the gateway to the most intimate experience and exchange between subjects.

And if the two hands belong to one person, might this not enliven an uncanny sense of the otherness of self, a literal ‘holding oneself at a distance,’ in the sensation of contact, the greeting of the stranger within.

So much happens in a touch. An infinity of others, other beings, other spaces, other times are browsed.

When two hands touch how close are they? What is the measure of closeness? Which disciplinary formations, political parties, religious and cultural traditions, infectious disease authorities, immigration officials and policy makers do not have a stake in, if not a measured answer, to this question.

image: woman in bed
Rizvana Bradley: Spiller’s study of the flesh is framed by her precise distinction between the body and flesh.

She writes quote I would make a distinction in this case between body and flesh, and impose that distinction as the central one between captive and liberated subject positions. End quote. For Spiller, the captive body is marked by an absence from its subject position, it is a completely abject and powerless body. The flesh, however, is distinct and prior to the body. Moreover the body can be written, the flesh cannot.

image: lady fucked by bike. guy pisses himself on bike.
Rizvana Bradley: Technology as a form of mediated touch, and as a violent substitute for touch. How do we think about the operation and function of technology meant to trace material and ephemeral signfiers that betray the evidence of social annihilation? How to think about the violence of technological touch by proxy, as a way of countering the elusive and illusory state military apparatus?

image: (night vision man standing at building, body cells, black eye)
Erin Manning: You will be organized. You will be an organism.

These are words through which the body politic of the nation state tends to operate. These are words that underpin the discourse of the secure body. Some bodies are easier to secure than others. My lesbian body, my gay body, my diseased body, my female body, my aged body, my neuro-diverse body, my black body. These bodies are more costly. But even these bodies are useful to the state. They make possible the insecurity on which the need for security is predicated. Be secure. Conform. Even your distorted body can be taken into the fold.

It’s a very interesting political technique. It’s a visual technique, that at first was drawing, and then became photography, and then cinema and then video and then internet and so on. It’s always been at the head of technological change. It’s a visual technique that produces pleasure. It’s a masturbating technique. I think that historically what defines pornography is the way in which women – and now I’m going to use the term. I’m not saying we can’t use the notion of women, we’ve been assigned when we were born, we’re constantly being told you’re a woman you’re a man. I’m saying that as a political subject we have the right to say I don’t want to comply with that regime. It doesn’t mean that we don’t know that we’re constructed and assigned as men and women. What defines pornography, historically, is that way in which women and sexual minorities, have been excluded from pornography as subject of pleasure. Meaning women and sexual minorities have been the object of the presentation of pornography. But the only one that could actually take pleasure out of the image was the white heterosexual male and later the gay male subject. The big question with pornography is: who is taking control of that really powerful technique for producing pleasure.

She didn’t even care. She was like Yeah, I’m a gross ass bitch. She knew it was nasty but she didn’t give a fuck. Zero fucks were given. That’s why I really liked her because she was really cool.

image: man hangs from bridge
Paul Preciado: What’s happening in the last 25 years, there is a whole movement called post pornography that’s basically about changing the subject of production of pornography, and the subject of pleasure. Women and sexual minorities are reappropriating the techniques for the production of pleasure. I think that’s going to change everything. We won’t see the same images.