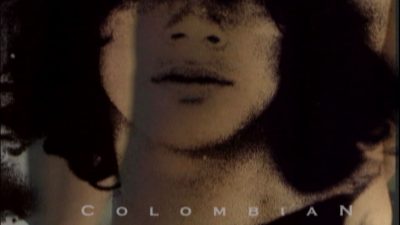 Closer script
Jorge Lozano voice over: The whole thing started in Colombia when I saw for the first time works by Norman McLaren. I had never seen any experimental work. The works I saw from him were made with city lights, he moved the camera creating all these life drawings. I was really excited by that. I came out of that screening in Cali, Colombia thinking: it’s great, I can do this. I don’t need to get actors. I don’t have to say anything. There’s no narrative, nothing. I can do it. So I got really excited about it and came out with a feeling that I wanted to do it one day.

When I got to Canada the first thing I did was to buy a super 8 camera and go to Yonge Street where Sam the Record Man is and I did the same thing. That was my first super 8 film. I’ve used little bits of it in other films.

The visual training I had here dealt with experimental works that I saw. There were many people working at A Space Gallery. A lot of independent young, artists, the last of the hippies. I started going to A Space events when it used to be close to Yonge Street. A Space was really exciting. There was an incredible connection with the most prolific and risk-taking artists of the time. I think that William Burroughs came.

title: We believe the world is beautiful
that our veins don’t end in us
but in the unanimous blood

title: of those who struggle for life
love, little things, the air, the sun,
and tenderness.

voice over: There’s a difference in the work that I do that I also see in other countries in Europe and Russia that don’t have our traditions of experimental filmmaking. The techniques, the exploration of experimentality is in their work but their work has political content.

Here the history is more formalist. There’s an investigation of the formal aspect of filmmaking. Very strong, very important. But we’re still doing it. There’s a very puristic approach. My approach is totally different. I identify with people who don’t have that tradition but know it.

I use everything I’ve seen in my work. From scratching film, developing film, putting chemicals on film. In video using mistakes, errors. Every way to create a different way to do something.

title: We Can’t Be Destroyed
By Any Fire
Or Consumed

voice over: Being in a country where you’re not from you are every day exposed to different things. Reacting differently. You have to move very carefully and evaluate who you are constantly because people are always telling you that you’re not from here. In one way or another when they ask you: where are you from?

I get stereotyped here by all colours and all cultures that are not Latin. They will always say the little thing to me, to me it’s uncomfortable. Like ‘Senior’ or ‘Hola.’

At the end everyone is racist. That’s something we have to acknowledge that we have been taught by stereotypes and internalized racism. Diversity should bring us closer, not separate us.

voice over: I think there is a difference between ethics and morality. Morality deals with established values of good and evil. Ethics requires a commitment to radical structural change that also affects our personal lives. Ethics is inseparable from aesthetics. The world we inhabit as artists challenges established codes, regimes of being, behaving, thinking.