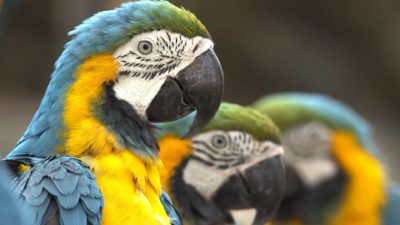 For the Birds script

Like everyone I guess, I had hoped to make a living making the most perfect and important form of movie making today: video art. But despite reading all the latest texts and renewing my Artforum subscription, I lacked a signature style, which in the art world is like making marks without being branded. Everything you do is invisible. Openings become pretend celebrations, pity parties attended by friends and other artists on the way up. No logo equals no career.

I began shooting pornography, converting my talents for patient observation and meticulous lighting to the business of sexual choreography. Once, I got tied up in a giant frying pan, basted in oil like a chicken. It was a boy-boy scene where the main never showed, and the other guy was going to eat me.

Days were long but the drugs were good and so was the pay, until internet streams lowered the price of production. Lighting, plots and costumes felt like the good old days.

Now I mostly film birds and butterflies, who are a lot like porn stars actually. It’s hard for them to sit still, they show up on their own schedules, and they have their own language. It took me a long time to catch on to the slang, the jargon, the subtle shifts in tone that might mean: I like you, but just don’t stand too close, ok? Or even: please don’t take my picture, you’re not a bird, what do you know about birds? I try to respect that, you know, even though it’s hard to explain to my boss.

What I find strange is the videos these moments end up in. You rarely hear the birds, or any kind of nature sound. I guess nature’s not entertaining enough. And in place of birds, there’s always a voice from some human going on and on. If I ever start working on my own movies again, I won’t make the same mistake. I’ll let the birds and butterflies speak for themselves because they’ve got plenty to say.