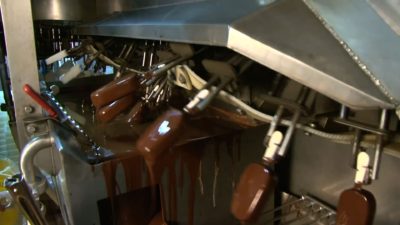 I’m making a museum
out of pictures of people
I used to know and hold.

I grew up with AIDS
when desire and disease lived together.
Disease was the only story
anyone ever told me about women like me.

Now I wear the uniform of the new economy
viral, networked, immaterial.
My body is a living political archive.
aligned with branding and shareholder value.

My viral status connects me
with capital’s global flows
and new technologies of producing subjectivity.
This body is a flexible collection of assets.

The first machines in the industrial revolution
were bodies filled with organs and capital.

The mechanical regularity of the assembly line worker
gives way to a new ideal
of a flexible and always changing self.
Innovative, unstable, precarious, liquid.

My girlfriends at work often pretend
to want things they don’t want
so nobody can see them
failing to get what they need.

When I finally did have sex
it wasn’t pleasure I was after
but the setting aside of restraint
pretending not to be afraid.

The release was so intense
it was almost suicidal.

At these moments
I was used to feeling regret.
Regret was part of my pleasure
like a bitter taste making the flavour richer.

What worker hasn’t felt the boss approach
not knowing how to say no
there are brothers and sisters to feed
why not become elastic, adaptable
no longer even offering him the gift of fear.
At work my body is not my body.

But mostly what’s happened
is that I’ve allowed myself to be pushed around
just waiting for it to be over
leaving all feeling behind.
It’s impossible in moments like that
to think that defending my body
could be worth the effort.

What could “my body” mean
at the age of fifteen?

What would I be without the anger I felt then?
Whatever it has kept me from
without it I would have been lost.
Lost in the ice cream factory.