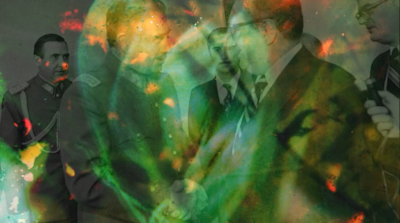 Made with Jorge Lozano

Based on a trove of photographs made by Koen Wessing, who bore the risk of documenting the streets of Santiago, even the dreaded stadium, newly filled with police backing the coup. When freshly elected president Allende began sharing resources with the poor, the reaction shot from Washington was predictably swift. One of Nixon’s oldest financiers worked for Pepsi, and coalmining interests were not far behind. In order to protect shareholders, the CIA put their favourite general in charge, a dictator who pipelined money into the American dream. But resistances old and new grew continued to grow, a legacy of upholding the commons that persists to this day.