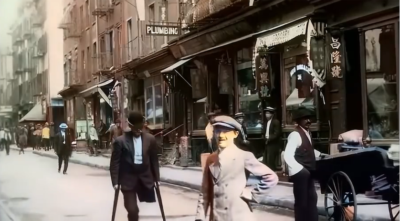 New York State of Mind script
The seat that I get to sit in, the frame that is given to me so that I can see the world around me, is a car. And I can’t help notice that there aren’t so many other cars out here, they’re so shiny and strange, the camera uncovers them like animals about to become extinct. I guess it’s obvious that it’s not just anyone who can own a car. This place, the place of the viewer, the view from the car, is reserved for the ruling class.

“How many slaves work for you?” asks a website that will add up the forced labour that produced my appliances and clothes, my phone and computer. Fifty is the answer. That includes the Uzbek children who picked the cotton for my clothes. and the Congolese children who mined the tantalum for my electronics.

The reason the rape of a white investment banker in Central Park captured more attention than any of the other 3,254 rapes reported in New York City that year, was that it seemed to be the story the city wanted to tell itself. That story, an upper-class fantasy, was how the city was ruined, violated, raped by its underclass. Never mind that it reversed reality. The rich of the city wanted to believe that the poor made them unsafe, not the other way around.

Out in the field, on a South Texas farm, a Mexican woman picks cilantro 13 hours a day without gloves. On a good day she’ll make $40. The woman’s mother, who was a paramedic in Mexico, also works as a picker. She tells the reporter that she sees the supervisors leading young women to far corners of the field. She knows her rights as a worker, but she knows, too, that if she makes a complaint she could be deported.

Cars are designed to protect the people inside them. Everyone else needs to know where they’re headed, driving them in their minds. Even people who never learned how to grip the wheel know how to gauge the momentum of a car, or how long it will take to stop, and understand that it should be treated as if it’s not just large and heavy, but also blind.

Cars are like important men in conversation with other important men. Bicycles are sometimes kindly accommodated by cars but usually not even seen. In this sense, riding in traffic is not unlike being a woman among men.

Perhaps you, the monster that you are, find yourself feeding on what you can’t bear about yourself. Perhaps monsters are people who have broken out of their boxes, and find themselves demanding everything they’ve been denied. Am I that monster? In what ways am I the terrible, frightening thing?

A city made in the image of a car.

When steam power began, water was everywhere, and cheaper than coal. The giant machines powered by water wheels required far less human labour to convert to energy, and were more energy-efficient.

The struggle to create and control the new energy market should have favoured renewables. But using water would have involved governments, and worse, the people who elected them. There was the threat of collectives and unions, even public interest.

They took us cautiously as though they were afraid we might break. They took us roughly, recklessly, and with no mind for our pain. Please turn toward the wall and drop down on your hands and knees. They took us by the elbows and said quietly, “It’s time.” They took us before we were ready and the bleeding didn’t stop for three days.

They took us leisurely, from behind, as we leaned out the window to admire the city lights down below. “Are you happy now? they asked us. They took us as we stared up blankly at the ceiling and waited for it to be over, not realizing that it would not be over for years.

A line from Trotsky: Every time a peasant’s horse freezes in fear before the blinding lights of an automobile, there is a conflict of two cultures. I am and I am not the peasant; I am never not the horse.

How to carry yourself with the confidence of a mediocre white man?

Roland Barthes again: I think that cars today are almost the exact equivalent of the great Gothic cathedrals; I mean the supreme creation of an era, conceived with passion by unknown artists, and consumed in image if not in usage by a whole population which appropriates them as a purely magical object.

We decided to stay in America just a little bit longer and work for them, because without us, what would they do? Who would pick the strawberries? Get the fruit down from their trees? Who would wash their carrots, scrub their toilets, mend their clothes, fluff their pillows?

Who would cook their breakfasts, clear their tables, soothe their children? Who would bathe their elderly? Listen to their stories, keep their secrets?