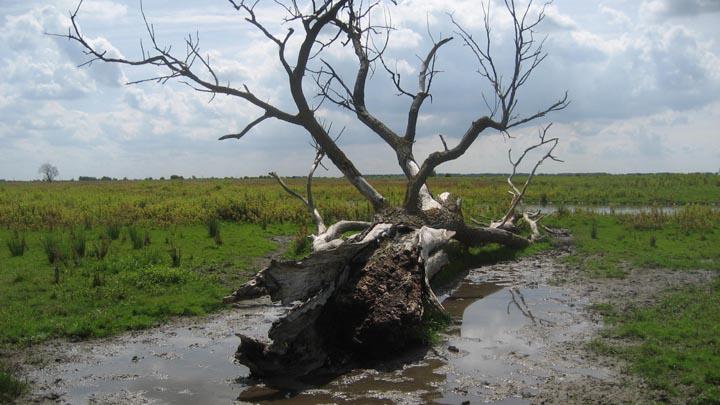 Wistful Wilderness by Digna Sinke 88 minutes 2010
The careful English-as-a-second-language voice accompanies every perfect framing, enunciating each syllable with care lest they slip away and form new and unwanted desires. There is something hygienic in this operation, there is a way that this language, and these frames, clean up everything they see, which is curious, in part because she is digging into the land. But there is something about this approach that resists digging, with its measured pans and stately weightless approaches down the emptied roads. The horizon scrubbed clear of people and their messy intentions. She grants her lens to children at the swimming dock, neighbours moving, the harvest. But I can feel in all this measured restraint the need to release these perfect compositions, to take a holiday from every form of perfection. To release the momentum of her Dutch nationality, for instance, and a national upbringing of tidy habits, and unspoken, never ending judgments.

All of the filming takes place on Tiengemeten, a Dutch island reclaimed from beneath the water so that it might be used for agriculture. But in the 1990s, the government decided to let the island revert back to its natural state. This slow turn back to wilderness is shot over a ten year period, punctuated by the filmmaker’s reflections on her beloved partner René. The artist marks out a series of vantages, and returns to them over years and seasons. She allows us time to watch town meetings, the opening of a door, the parting of clouds that allows light to spill out onto a magical field. The animals are grazing and we are grazing along with them, relaxed and steady, easeful amidst these slow changes. Barely a touch of music, it’s not necessary, the pictures are singing here. “When I was young everything seemed infinite and to last forever. Of course there would always be a birthday party for Henk in November in the Steenstraat next to café Schophuis. And if you couldn’t make it one year, you could always go the next. And there would always be an opportunity to finish the hiking tour of the Pyrenees. You could always make those pictures of that beautiful old farm where you used to go to with your grandfather to buy eggs. However, each moment lasts only one moment. Gone, gone oh and forever gone. If I could only hold on to it a little bit longer. Hope that I can enjoy this present moment. That I don’t let it pass by unnoted.”

I wrote this in 2007, as a general introduction to my project on Tiengemeten. As I am reading it again I am quite surprised to see that in the meantime I have used a variety of these aspects in my comments on Wistful Wilderness, my ultimate long movie about Tiengemeten. It is strange to discover that a lot of ideas apparently float around in your head before they find their final destination.

My film project on Tiengemeten was always meant to be a long-term project. I read in the newspaper in late 1993 that there were plans to breach the dike and that the fertile farmland would become unspoilt nature again. I was to film the changes on that little island in the Haringvliet until the first natural grown tree would be as high as I am.”