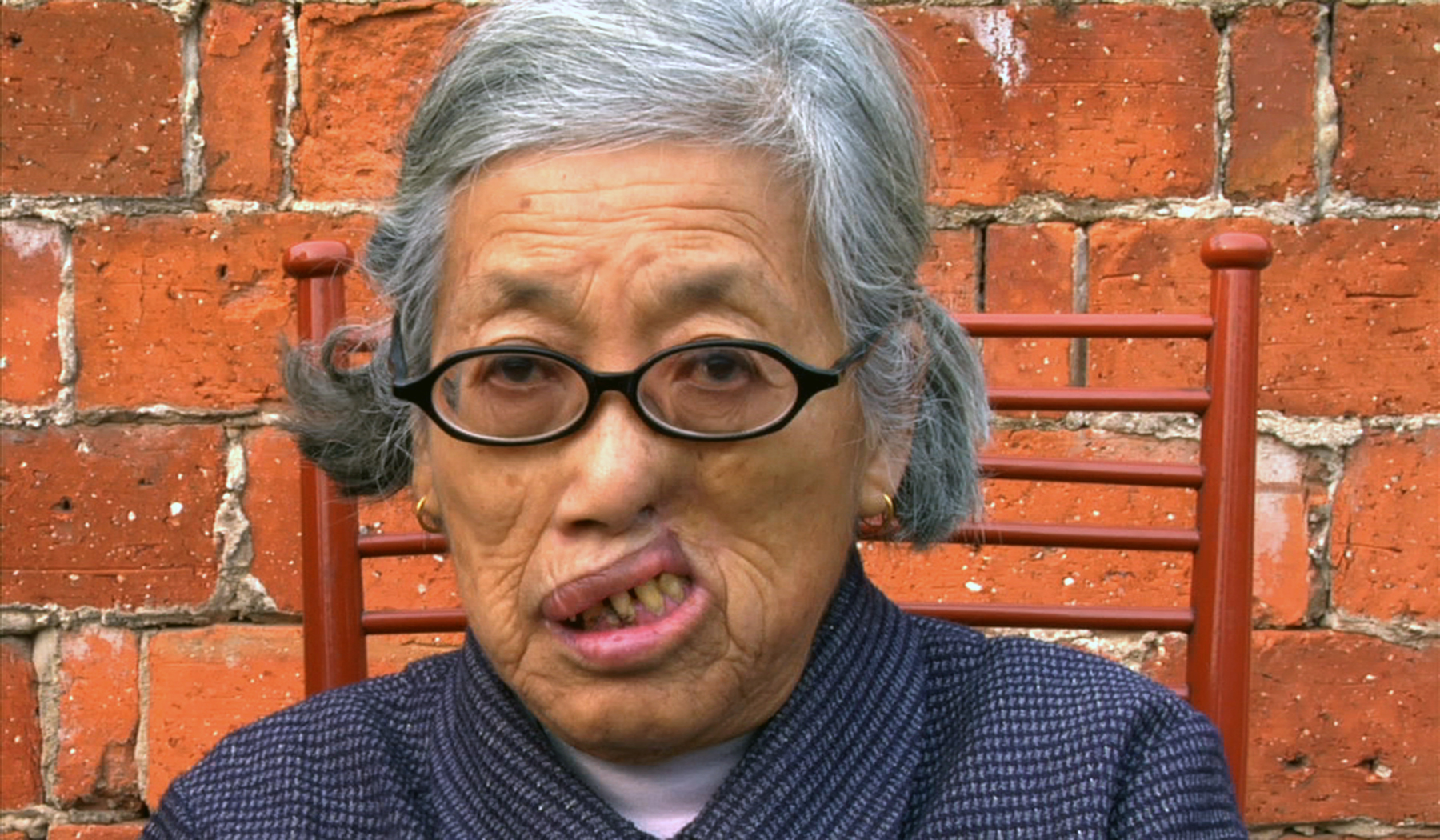 Lessons of the Blood by James T. Hong and Yin-Ju Chen 105 minutes 2010
This hysterical history lesson offers up a smorgasbord of industrial film clips, televisual moments, Olympic triumphs, and poison gas victim testimonies. Heated up with martial music and a sometimes delirious collage, its restless intelligence offers peekaboo glimpses of Japanese history . Meanwhile in China, survivors of Japanese biological attacks during the second world war offer their broken faces, their burned and miscoloured ankles, to show the effects of the poison gas, even all these years later. They have grown into these damaged bodies. This biological warfare is going on today, carried forward in their daily struggles. And still the Japanese government insists it never happened.

The Epidemic Prevention and Water Purification Corps, established by the Japanese in China, was the centre of their biological warfare. The remains of buildings dedicated to frostbite experimentation (because of the anticipated Russian invasion) are waiting to be named. Test subjects were frozen and thawed, people were hung upside down to see how long it would take people to die, some choked to death in order to study asphyxiation. Bacterias were injected, and food laced with anthrax was served, all observed by scientists as the test subjects slowly died. Dissections occurred before inmates expired, so that internal organs could be examined. Deadly bio strains were harvested from barely living subjects cross-bred for maximum strength so that enemy food supplies could be poisoned. And how could these plagues be delivered to enemy populations? Rats were bred and infected with poisons. But when war ended, the biological units in China were ordered destroyed, and all of the prisoners were executed and burned. Though traces still remain. For decades the human experimentation data was sealed and protected by the United States government. Who else? As the movie progresses, it finds its way, it has so much to tell, about the secret war criminals for instance, the repression of the Nanjing massacre and the cult of the war dead in Japan. “Here there are no war criminals only war heroes. Some of whom massacred and raped civilians, tortured POWs, and murdered slaves. Even animals that served the emperor get their due.”

The filmmakers show us how history has been scrubbed clean of its atrocities, its victims rendered silent, its dissidents corralled and excluded. State museums demonstrate that every war was conducted in self defense, and how they aided liberation struggles abroad, inspiring, amongst others, Ghandi in India. The only victims of war since time began were the Japanese.

Meanwhile, after the 1942 bombing of Tokyo by 16 American planes, the carriers were too low on fuel to make it back to the carriers, and crash landed in China. They were taken care of by Chinese peasants, and in retaliation, the Japanese army killed 1/4 million people, and instituted widespread biological warfare in Zhejiang Province. The survivors can’t heal, but lived while everyone in their families died. “These people are unique in the sense that their own bodies have responded to the germs causing the ulcers, the rotten leg syndrome, and have worked out a relationship where the germs can’t kill them but their bodies can’t heal.” They’re poor, and many can’t afford medications. Because the Japanese refuse to acknowledge they engaged in biological warfare, there is neither recognition or compensation. They have been left behind to await amputations or death. What a long war it has turned out to be, like every war.