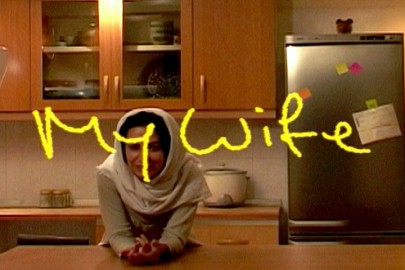 Iranian Cookbook by Mohammad Shirvani 70 minutes 2009
Imagine a cooking show done as a home movie, in long takes that allow the one who is cooking (always a woman here, we are in Iran after all) time to explain all the ingredients, to reach for the necessary spices and lift the lid off of every steaming pot. The filmmaker stands at a respectful distance, he grants his subjects the stage of their kitchen. It is a space he must know very well, because in this movie he is videotaping his mother, his sister, his aunt, and his partner. Each in their own kitchens. The number of hours they spend preparing these meals is staggering, and of course, it goes without saying, only the filmmaker insists that they say it, that this is a lifelong occupation. There will be no retirement, not until the eaters are in the grave, unable to take another bite. When the men finally arrive in this movie they are ready to eat of course, and hugely underestimate the amount of time it takes to prepare these dishes that appear like magic carpets, ready to take their hungers away. The filmmaker’s mother, for instance, spends all but a single hour of the day, every day, cooking in her kitchen. Even the filmmaker gets into the act, asking why none of his cherished mineral water is in the fridge. The unspoken assumption is that she, the wife, the bearer of food and healing waters, will rush out to get it. “Now life’s become modern. Men don’t lean on the floor, they lean on their armchairs. Not much difference. And then they talk about politics. And there and then you want to behead them one by one.” Says the filmmaker’s partner.