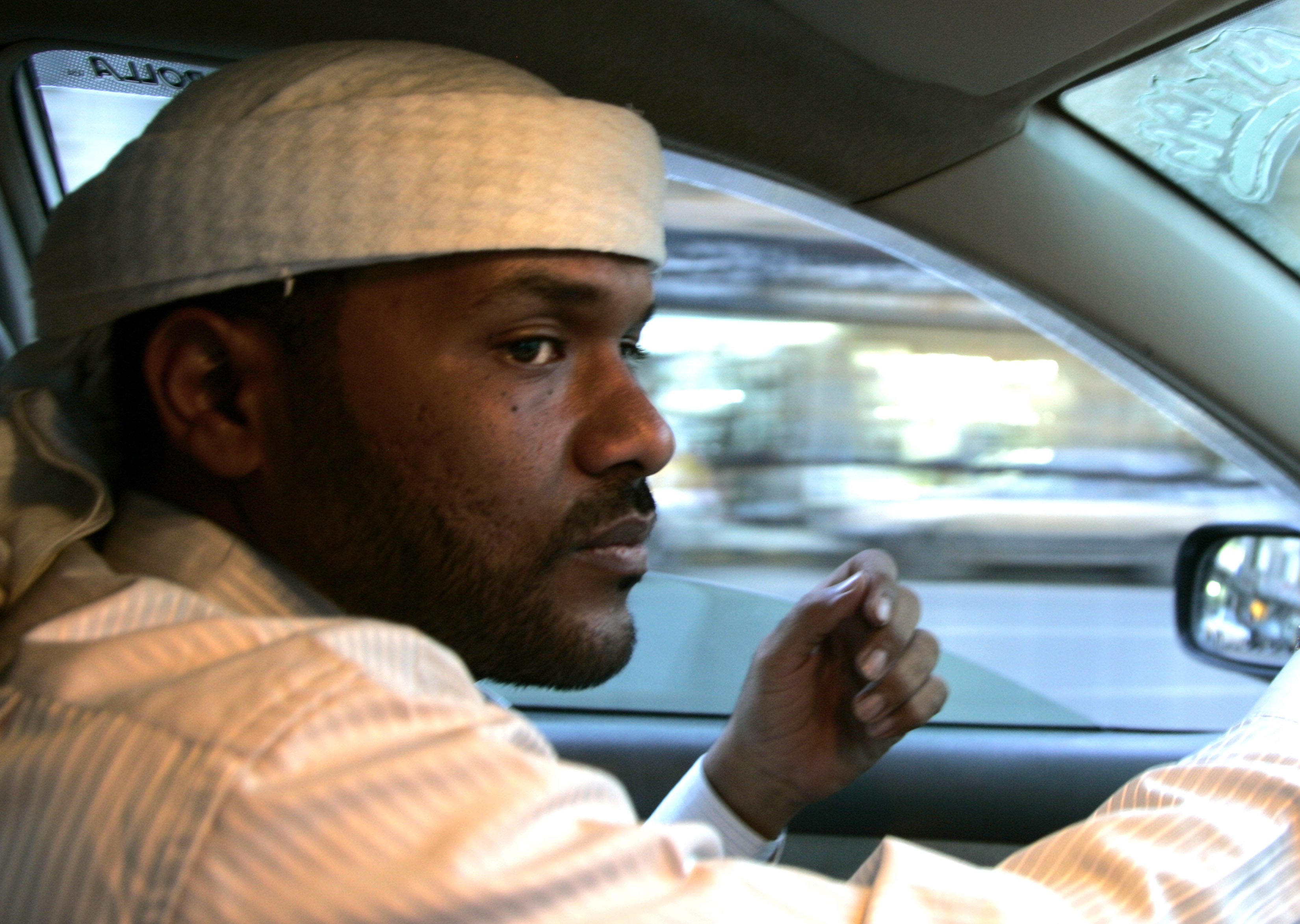 The Oath by Laura Poitras 96 minutes 2010
The handsome taxi driver is Abu Jandal, former bodyguard of Osama Bin Laden. I keep waiting for his eyes to flash, they fix on someone then light up like a sports stadium, and then he smiles. Again and again. He levers open a coke while decrying American imperialism, gets his young son up to pray in the morning, but when it comes time, the news gives way to cartoons which only make his young jihadi-in-waiting to long for the toys he sees in such abundant display. What does a revolutionary do when he is no longer part of the movement? Raise a child, drive a cab, worry about food and money. He was once on the front line, he tells the filmmaker, but now he worries that someone will kidnap or kill him.. He has to work hard for little money, everything is insecure, and he is plagued by insomnia. It’s not easy being the ex-emir of hospitality.

His brother-in-law is Salim Hamdan, bin Laden’s driver, and the first Guantanamo Bay prisoner to be tried by American’s one-sided military tribunals. The shadow of torture and years of windowless detention hang over this movie, even as we are led through the show trial stagings of the imperium. A country can feel so heavy when it’s resting on your head.

“America can’t fight without planes, girlfriends, pizza and macaroni. But our jihadis can live on stale bread.” How unusual that the faraway regimes that America is used to crushing underfoot and handing over to the nearest available dictator, is actually fighting back. This sensitive, intimately made portrait movie shows some of the cost of that resistance, via news clips, and Guantanamo asides, and time with Jamal above all, time to lay down a series of positions and let them float alongside each other, in all their glowing, glittering, impoverished light.

What is remarkable about this movie is that these Arab men are actually allowed a voice, they can speak for themselves, as if they were as real as white people. An act of equivalence which the mainstream media has yet to permit. Instead of cowering beneath slogans or received ideas, this movie offers a duet of the working poor who arrive in all their contradictions and tragic hopes. Shorn of types and soundbytes and screaming headlines. As if we were neighbours.