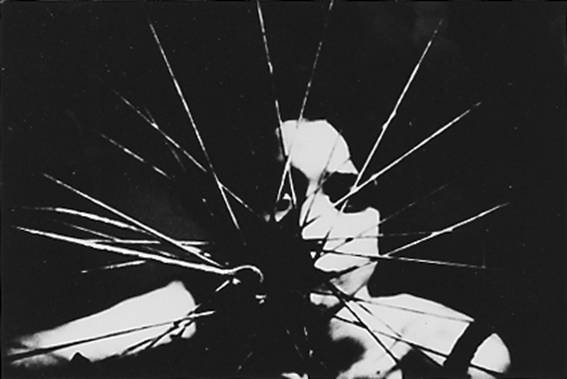 In opposition to that limiting idea defining avant-garde or experimental cinema as so much discourse against the traditional production and representation modes, it is worth clarifying that this current has maintained a constant critical-often times defying-stance against itself from its very outset. One of these last discursive fractures happened during the 80s. Incorporating as much the context as the historic production conditions, the Eighties Generation assailed certain ahistoric formalisms by their predecessors and the canonization by the artistic institutions around them. In this materialist approach, the true avant-garde works will be the result of a social and aesthetic commitment in direct connection with the time and place of shooting. A commitment with a new discourse, self-conscious and politicized, concerned as much with the film machinery as with issues of gender, class, AIDS, homosexuals, globalization, neoliberalism, the art industry. Like Leslie Thornton, Keith Sanborn, Barbara Hammer, Peggy Ahwesh, Su Friedrich or Bruce LaBruce, Mike Hoolboom is part of this generation that will undertake their most significant work from the last two decades of the twentieth century on.

Born in Canada, as a member of another, more universal generation raised amid the whirr of the portable family 8mm and super-8 cameras, his style springs inevitably from his contact with local experimental film production of the 60s and 70s (Michael Snow, David Rimmer, Al Razutis) and, in turn, he weans himself off in an individual quest to widen the visual and sensitive universe of the audience before a film; to blow up big ideas and structures of the aesthetic/logical construction of experimental cinema, in a kind of conceptual map with unlimited navigation possibilities. His films bring together a severe use of found footage with the filmic portrait, the personal diary with video art, to the extent that they become audiovisual objects-endowed with an amazing poetic charge—simply impossible to anticipate, like artistic-ideological vehivles designed to collide in the viewer’s mind, intervening into their passivity. “A deliberate choice for accumulation, narrative fracture and the multiplicity of forms places them on the far-off land of collage,” in the words of Canadian scholar William C. Wees, the avant-garde’s most extreme challenge towards autonomy and formal unity of the traditional work of art. Through these four consecutive features, from Tom to the recent Fascination , Mike Hoolboom makes his position very clear in international independent cinema: a provocative, extremely personal position, aesthetic and political in one deft blow, able to risk and call off his creations for a moment of the most combative beauty.

(Originally published in the catalogue for Buenes Aires Independent Festival on the occasion of a Hoolboom retrospective, 2006)