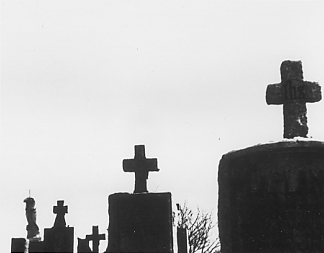 Mike Hoolboom montages personal films from himself with found enlightened material. In a short, dense film about life with AIDS for instance, archival images show failing pioneers of airplanes. “You’ve changed,” Billie Holiday sings. Prior to this sequence someone remarks in voice-over, “The future is not what it used to be.” Later another voice will dream with a view back of a successful fight against illness and discrimination. Letters from Home . Besides the associative montage the combination of text and image in the works of this filmmaker has a special role. The voice-over or subtitles of Hoolboom give the images certain meanings but they’re also characterized by gestures emphasizing their fleeting, passing qualities, and of coming after. His pictures revisit these consequences.

Mexico (1992) describes an imaginary point of escape in which one’s roots are insistently mirrored. When street children are cleaning car windshields the voice-over speaks of the sun which wipes everything clean. Factory clouds find a correspondence with factories to the north, in Canada. Often Hoolboom’s works are kept in the past tense, cruising around love, illness, and death in search of memory. Passing On is the film which is the conclusion of two days of personal shows in Vienna and it’s one of Hoolboom’s most beautiful and melancholic films. It is a poetic home movie which brings to the present experiences of childhood and memories of past friends and so becomes part of an imaginary past which Hoolboom’s works invoke in a seductive and questioning manner.