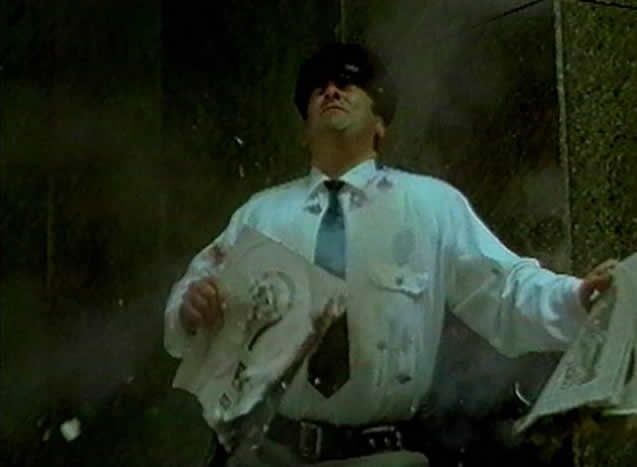 Mike Hoolboom creates films like there’s no tomorrow-and that’s not a figure of speech, it’s Hoolboom’s way of life.

“Throughout the 90s I felt like every movie could be my last because I have AIDS,” Hoolboom says matter-of-factly. “It wasn’t a good place to make movies from, but when the cocktail came, and I felt like I as going to live, it was like being rescued from the abyss.”

Based in Toronto, Hoolboom has made more than thirty films in about twenty years. He’s one of the ost prolific film directors this country has ever produced, yet few people outside the art-circuit have heard of him because Hoolboom makes “experimental” movies. “When people hear the word ‘experimental-they generally choose to see something else. It’s not a tag that sells tickets.” True. Experimental movies don’t offer the brand of escapist entertainment many audience members crave, but the reward of seeing Hoolbom’s work sticks with you. Whether it’s this year’s festival offering, Public Lighting, a seven-part examination of celebrity, or last year’s Imitations of Life, or his 2002 award-winning character portrait Tom, the images Hoolboom puts on the screen-and the way he juxtaposes beauty asn horror, pain adn joy, reflections and projections-have a habit of snaking into your mind and staying there. That’s because with every image, he opens a door to ambiguity, pushing us to ask questions about everything from sexuality to the nature of experience.

“When I was diagnosed no one in the medical profession thought you could last more than ten years. When you’re faced with that kind of timeline it changes everything. You don’t waste the time that healthy people tend to waste. Then I got what so many people don’t, and that’s a second chance at life. It arrives with a responsibility to make the most of every moment, and for me, that’s making movies.” Not just any kind of movies, but movies that Hoolboom believes have a chance at helping us find a state of enlightenment through a revision fo the moving image. After all, movies affirm our sense of time, place and context. They reflect the image of the world we believe to be true, but if movies shake it up, they stand a chance at rewiring our world view. In that regard, Hoolboom is the heir apparent to Canada’s proud and world renowned experimental tradition established by the likes of Norman McLaren and Michael Snow. Though he’s largely unknown in Canaa, his work has travelled the world and been the subject of several retrospectives at museums and festivals all over the planet.

“Hollywood hasn’t exhausted our capacity for a specific kind of pleasure. Maybe they never will, but I think people are interested in different experiences, different visions, and once the channel changer drops there are other kinds of hopes waiting and mine amongst them.”